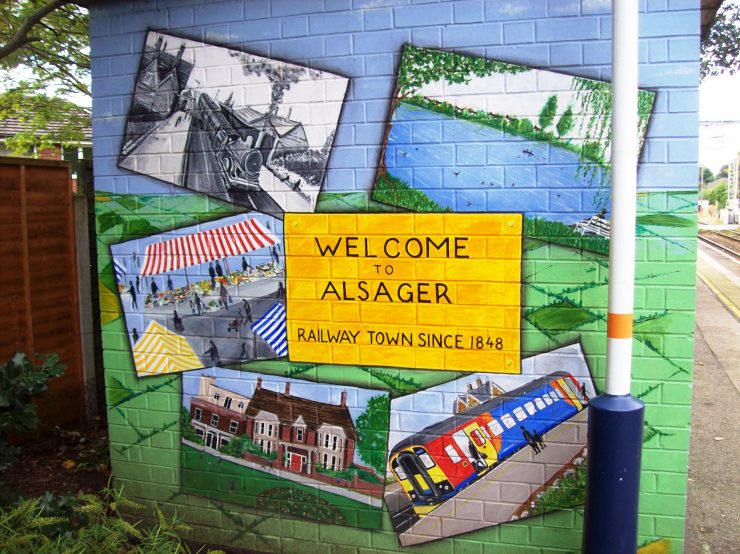 Many improvements have been made to this Cheshire station over recent years, thanks to funds raised and projects developed by the North Staffordshire Community Rail Partnership, working together with East Midlands Railway and the local community.

A dedicated and hard-working Station Friends group has been formed, all residents of Alsager, who, using external funds raised by the Partnership and donations from the Town Council, have transformed the station garden beds.

Once sadly neglected, the beds are now packed full of flowering shrubs and spring bulbs, making for a colourful display all year round, and providing a much more welcoming environment for the growing number of passengers.

Friends members have also repainted the stone walls around the raised beds and worked with Alsager in Bloom to arrange the supply and maintenance of hanging basket displays at the station.

To celebrate the year of the Queen’s Diamond Jubilee and London 2012, the Partnership has recently delivered a Community Art project “Welcome to Alsager” mural, which was designed by the Station Friends and created by local artist Anthony Hammond.

Now taking pride of place on Platform 1, the mural provides a real welcome to all passengers using Alsager station.

This station is also cared for by:
Friends of Alsager Station