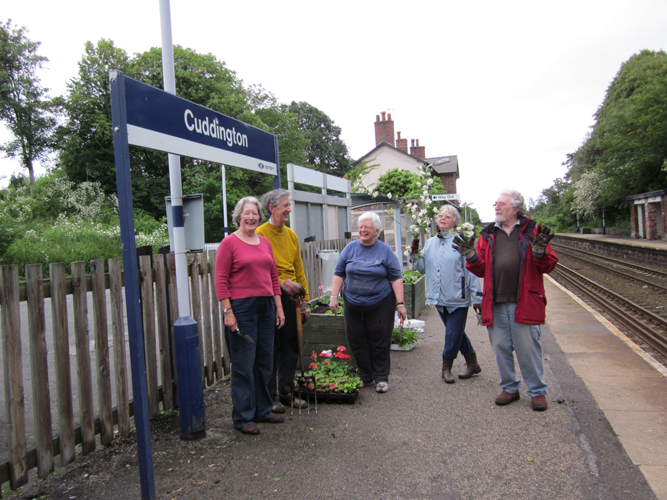 Cuddington Railway Station won the Community Award in 2014 recognising the continual support of the local villagers at this country railway station.

This is thanks to the village volunteers who regular tidy the station and keep the gardens planted and maintained.

This station is also cared for by:
Friends of Cuddington Station