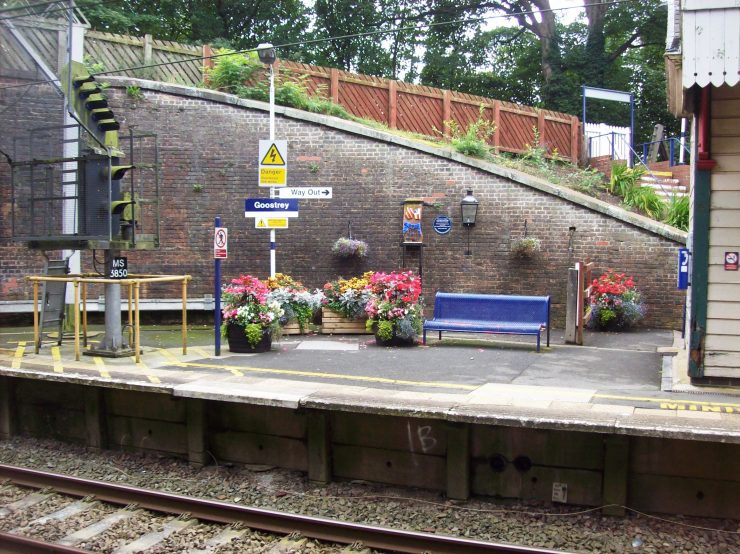 It is interesting to note that Goostrey also won the Best Station Award for Flowers in the Crewe Area back in 1961.

There used to be a signal box at Goostrey Station before it became redundant in 1959.

A lady whose grandfather was signalman at the Goostrey signal box  from 1924 until its close kindly provided archive photos and newspaper clips from 1961. 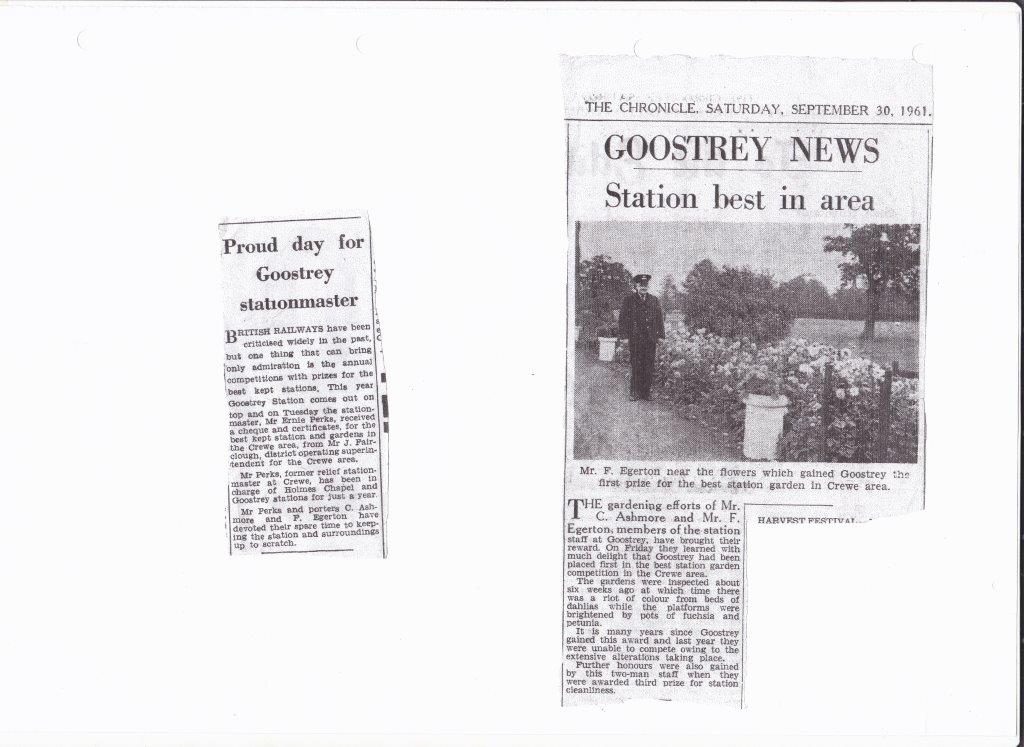 Do you have any details of your station’s history of winning previous awards?

This station is also cared for by:
Friends of Goostrey Station