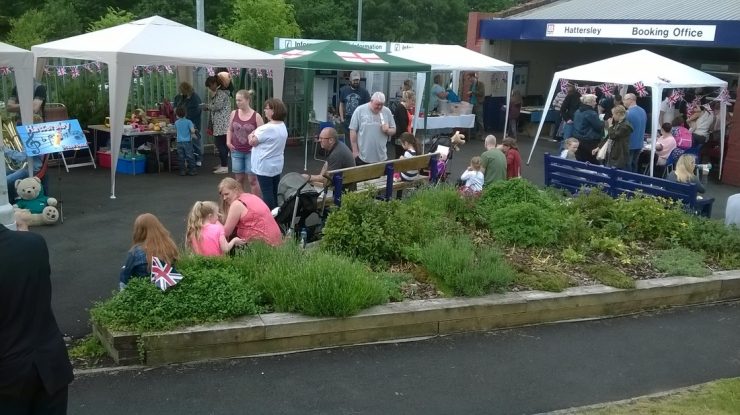 In 2018 Hattersley Railway Station was Highly Commended for the World War 1 Centenary Award.

Other awards have included:
– the John Hobbs Award in 2017 which recognises effort at the station with minimal resources
– Highly Commended in the Queens 90th Birthday Award in 2016

Want to get involved?
If you would like to get involved in caring for this station please get in touch with the Friends of Hattersley Station through the Contact by Email link to the left.

This station is also cared for by:
Friends of Hattersley Station