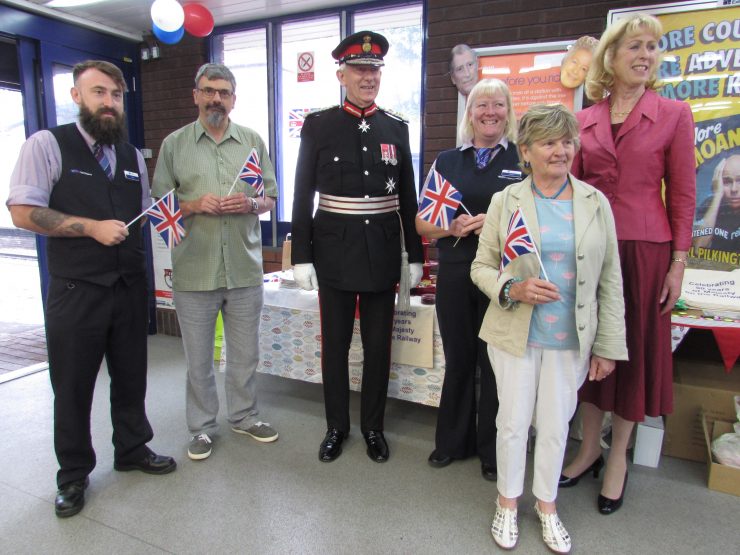 In 2019 Knutsford was Highly Commended for the Cheshire East Award.

Knutsford Railway Station won a Queen’s 90th Birthday Commendation in 2016.  It arranged a party on the station to celebrate the Queen’s Birthday and special guests included the Lord-Lieutenant of Cheshire.

The Station has its own Platform Art Gallery with painting by students from the local school.

This station is also cared for by:
Friends of Knutsford Station