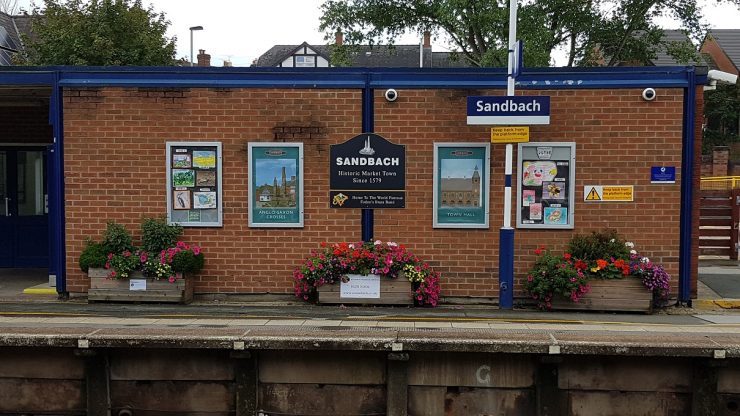 In 2019, a new planter was installed sponsored by a local garden  centre and the Friends of Sandbach Station have been selling refreshments at the station on work days to raise funds and their profile.

This station is also cared for by:
Friends of Sandbach