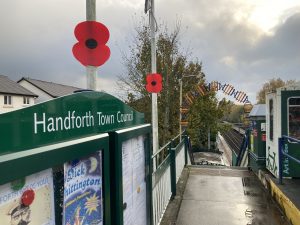 The Friends of Handforth Station (FoHS) have received a swell of support from the community, to make this year’s Remembrance display at Handforth as bold as possible for everyone using the station. 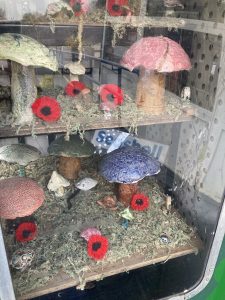 Local knitting legend Sue Clarke-Berry runs the Knit and Natter group at Gwyneth Morley Court. She is well-known for having created knitted caricatures of shop-keepers around Handforth, as well as of the England Football World Cup team of 2006. Sue has set a high knitting target this year with a record 130 poppies for FoHS alone. 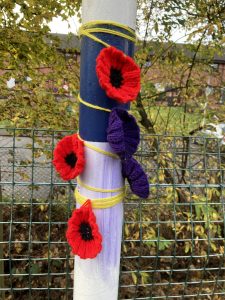 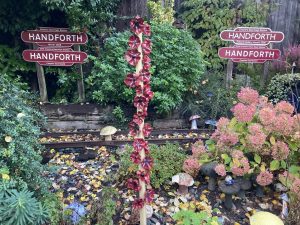 In addition, the flame-moulded bottle-base poppies that the Handforth Cubs created in 2019 have come out of storage, and can be seen at the Station in two “pillars of poppies”. 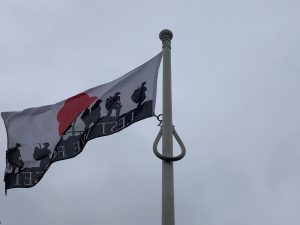 Jenny Barnes, the Chair of FoHS, said “Along with the supply of large red poppies that Handforth Town Council provides for us each year, we’re now displaying more poppies than ever before. If any of your readers would like to visit Handforth Station to count them and let us know exactly how many we have, we’d be delighted !

“We wish everyone peace and well-being this Remembrance Day,” she added.