Handforth Station Quizzes – no-one’s got all the answers correct yet ….

The Friends of Handforth Station Spring Quizzes are still running, and we are told us that no-one has yet submitted a 100% correct entry form.

Hugh Everett, the Secretary of the Friends group, said:

“We have just extended the end date for our quizzes, to allow families an opportunity to visit the station during the school holidays and be in with a chance to win. We’ll be accepting entries any time before midnight at the end of Sunday the 18th of April.”

The prize for each quiz is a Northern Trains Weekend Family Rail Pass, worth £250.

The Friends of Handforth Station are also taking part in the Handforth Scarecrow Festival. Sunny now stands on the station concourse, joining the ranks of well over 100 scarecrows throughout the village.

Hugh added: “Now that lockdown restrictions are being eased, people can visit the station with a friend to help complete the quizzes. We hope they’ll say hello to Sunny, and admire the spring flowers that are now fully in bloom. To enter the quizzes, simply visit our website, where you can find all details on our main page.”

Angie Clark, the secretary of The Friends of Romiley Station, reports that their group keeps in touch with a monthly newsletter ….

The April 2021 newsletter provides a history of Days of Old, details of Romiley’s Gardens and Planters and a railway related crossword.

The Friends’ first newsletter of 2021 shows a photo of the Blue Pullman passing through the station and a letter from Mayor of Stockport recognising the work carried out on the station by the volunteers.

The November 2020 newsletter gives details of Station Improvements, their next Task Group on Saturday 14th November and their Volunteer Day that took place in October.

The October 2020 newsletter sets out the latest situation on the Rose Hill Marple train service along with details of their Task Session held on Saturday 12th September.

The September 2020 newsletter gives details of the Tissington Trail, the Bake me a Train Competition and the Friends Group Task Sessions

The August 2020 newsletter provides a further guided walk from Romiley Station, another puzzle and gives details of their first Task Session at the station after lockdown.

The July 2020 newsletter provides details of a lovely guided walk from Romiley Station, word and spot difference competitions along with extracts from timetables from the Great Central Railway era.

The June 2020 newsletter looks at the Mini-Beasts that invade Romiley Station and a further quiz – this time on stations served by Northern stations.

The May 2020 newsletter has a virtual tour around the station and a  Station Wordsearch which is well worth trying.

The April 2020 newsletter shows a commemorative tree being planted in memory of Haxel Lees, their former chair, and a striking picture of Steam through Romiley.

Roger Small and Mike Bishop have created a visual History of Handforth Station ….

Well worth a look at … a 43 page full colour history of Handforth Station over the last 180 years.

Many nostalgic photos and details of the progress the Friends of Handforth Station have made since it was founded in 1996. 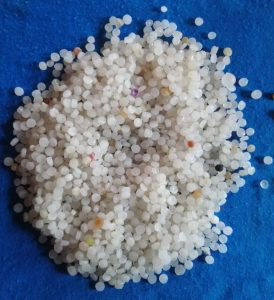 News from Friends of Goostrey Station ….

The Friends of Goostrey Station are keen to improve the environment around Goostrey railway station.

This includes creating bug hotels and mounting boxes for birds and bats.

Members have identified Pipistrelles using a bat detector and they have spotted nesting blue-tits.

Now there are plans to introduce plant species that encourage wildlife.

Since June 2019, vice chair Craig Sidebotham has been recording the various species and habitats around the station using a Geographical Information System (GIS) which has software to create maps.

These can be seen on the FOGS website friendsofgoostreystation.org

Currently Craig is using the same software to create GIS maps which will allow people to catalogue and monitor plastic pollution washed up on the beaches of the Azores in the Atlantic Ocean.

So this is where FOGS goes global!

Craig’s friend Andrew Gaunt lives on the volcanic island of Faial, one of the nine islands in the archipelago.

As a former mariner, he has great affinity with and respect for the sea. In the summer of 2018, Andrew carried out his first beach clean in a remote location to the west of the island; he filled a small bag to the brim with plastic debris.

Now he collects sackfuls each week and is intrigued by what he can deduce from closer examination of the rubbish. Analysis indicates that much of it originates in the lobster, mussel and net trawling industries of North America.

Andrew has identified the names, telephone numbers and licences of fishing boat owners.

He has found plastics originating from as far north as Greenland and as far south as South Africa.  In addition, he can work out how long plastics have been in the ocean (and for some that is over 20 years).

And there are multitudes of single flip flops, shotgun cartridge cases, plastic pegs, printer cartridges, plastic lighters and nurdles.  Nurdles are very small plastic pellets, the building blocks of all plastic products around the world; they are negligently lost during transport from petrochemical production sites all around the globe.

Recently he has started to work with students from the University of the Azores and with enthusiasts in Cornwall (hashtag turnthetidecornwall).

The aim is to raise awareness of plastic pollution in our oceans and Friends of Goostrey Station are delighted to help. 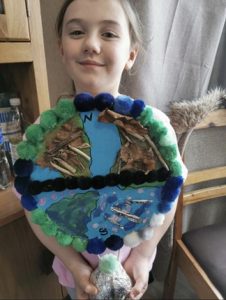 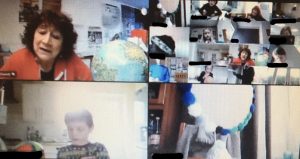 The Friends of Handforth Station continue to work with many in the community as they plan design enhancements for the installation of lifts to the station’s platforms. Throughout the pandemic they have been holding workshops and other meetings remotely … using Zoom …..

The most recent project was developed from Handforth Grange school’s Handforth gets Global initiative. Local artist Lorna Green was introduced by FoHS to the school, who appointed her to work with their pupils using video-conferencing (this time MS-Teams).

Jenny Barnes, the Chair of FoHS, said “FoHS have worked with local artists for many years, and this current initiative is part of our strategy to connect our network of artists with local schools. Our promotion of online activities like these alleviates some pressure on the timetable and gives everyone a bit of a different creative space.

“I’m glad to say that our Zoom meetings run very smoothly, with no arguments or shouting, and we may try out MS-Teams next time.

“Handforth Gets Global is a great theme and is giving us lots of opportunity to re-connect with the schools and be creative. We’d love to display the result of the school’s work at the station when COVID-19 regulations allow – in the meantime we will rely on our website gallery and social media sharing.” 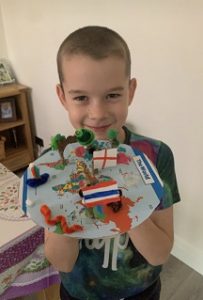 Jessica  Dolby, Assistant Head at Handforth Grange, said “The children were very keen and produced many wonderfully creative globes. The workshops also allowed the children to show off their knowledge of different countries around the world.

“Any works that aren’t perishable will be kept for when the children return to school, which we now know will be very soon.”

Lorna added “I ran three workshops via MS-Teams which went very well. The children were fully engrossed and made some beautiful, imaginative and thought provoking works in both 3D and 2D using a wide variety of materials sourced from their homes.

“The children are well used to MS-Teams and I found I could see each child individually if the teacher highlighted them, which felt very much like normal one-to-one teaching.”

Friends of Handforth Station are now planning to discuss with other stations on the railway line, as well as their twin station Malahide in Ireland, about involvement in similar projects.